The inventor of the NeoConcept has been a signmaker since 1981. After having sold 6 electric signage systems, he decided to give up on electric signs for several reasons; 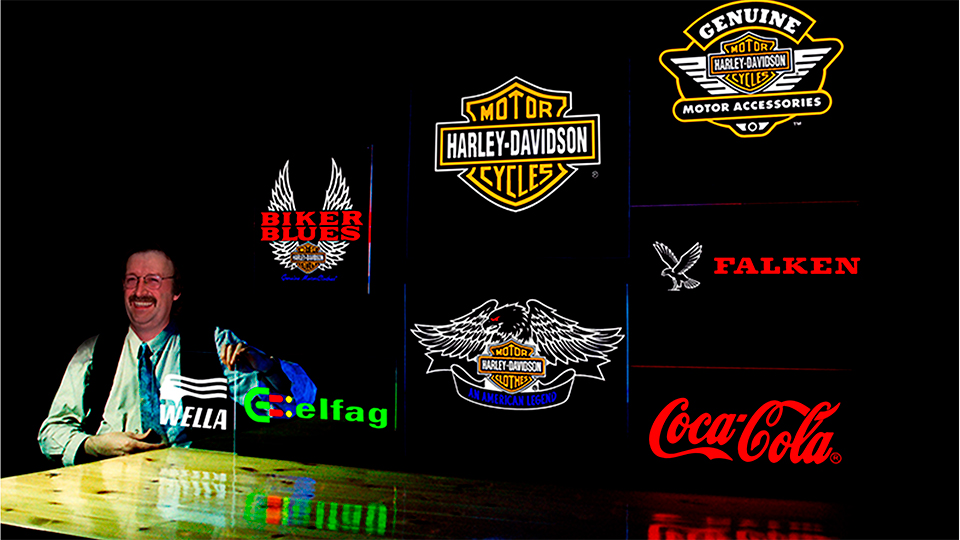 The inventor sat down and asked himself what the market needed. He realized that what was required was an illuminated signage system which;

He also entered into cooperation with Philips Lighting in the Netherlands on further enhancements to Black light Blue.

All of this came together in a brand new technology for the signage industry. Because of this, the dealers (signmakers) would now need to learn about lighting distances and lighting angles before they could sell, produce and put up a NeoSign. Instead of traveling around the world to hold conferences and seminars, the inventor hit on the idea that it would be far cheaper and less time-consuming to produce a high-quality, professional video to demonstrate every aspect of the new technology. And so he produced the training video, instructions, and the assembly guide. He also designed a brochure especially for the signmakers and a leaflet for the users. The leaflet was printed with our dealers’ company logos before being sent out.